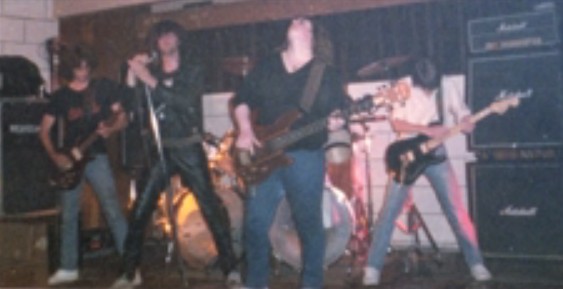 Notes:
– Based in the Northern Irish town of Newtownabbey, Renegade formed in 1982 and quickly gained a reputation of being a strong live act.
– Apart from playing regularly their own gigs, they also provided support to Mamas Boys and Wishbone Ash
– Renegade also recorded a live session for Downtown Radio in Belfast. Track-listing or anything else is currently unknown
– Gary Grattan is one of Northern Ireland’s most respected journalists, with over 25 years experience. 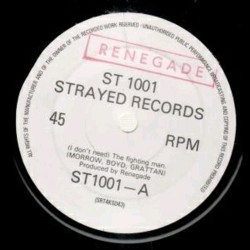 (I Don’t Need) The Fighting Man

1. (I Don’t Need) The Fighting Man
2. Hysteria In America

*Released without a picture sleeve. Some copies have the band’s name stamped on the label