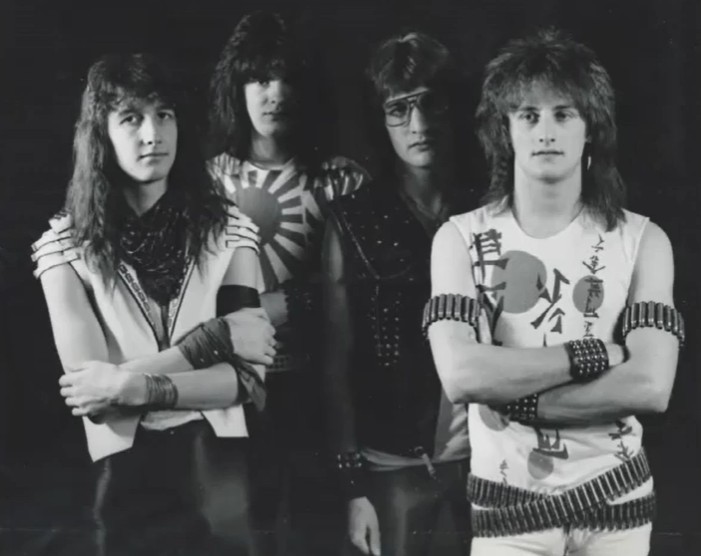 Notes:
– Active for just a few months from October 1984 to August 1985
– Originally called XS
– Played their first gig in January 1985 at The Barn in Worcester, supporting Grim Reaper
– Following the departure of singer Martyn Arnold in August 1985, drummer Mark Grimmett took over the vocals and eventually Raider transformed into Cry Wolf 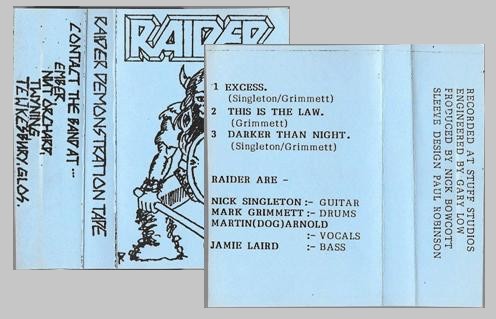 Lay Waste To The World 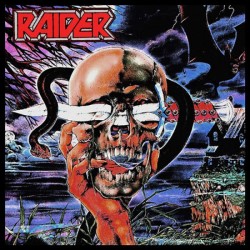 *CD limited to 500 copies. Includes all tracks from the two demos plus four live songs
*LP limited to 250 numbered copies: 150 in black and 100 in ‘ruby red’ vinyl. The vinyl version does not include track #10