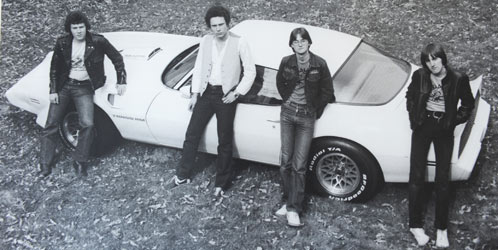 Notes:
– Active from the late 1970s until 1983 around the South East of England
– Gained a somewhat strong following and their gigs were quite memorable.
– On stage Paradyne used a drum stage made out of old bedsteads! They also had an old vacuum cleaner with reversed engine which was oozing smoke to the audience!
– They headlined the Chichester Rock festival when Spider had to cancel. 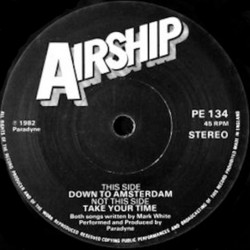 1. Down To Amsterdam
2. Take Your Time

*Never in a picture sleeve and limited to 500 copies. One side of the single has a professional label and the other has DIY stickers with their logo attached by the band. Most stickers in white color and approximately 25 in red.