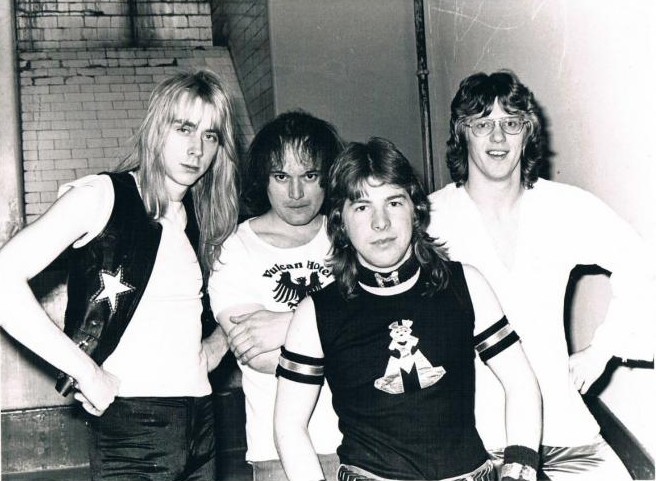 Notes:
– Formed in 1976, split in 1981 reformed in 2013. Oxym briefly reunited in 2000 just to play for the local even ‘Cast From The Past’ which involved several other bands at their home town of Accrington
– For the first year or so, they were known as “Mad Pat” which then changed to “Oxymoron” and then to “Oxym”
– During the early days they only professionally recorded five tracks but had over 20 other original songs most of them survived in old live recordings
– Oxym have suffered the loss of two founding members: Ross Halliwell (b) who died in 1979 at the age of 19 in a motorcycle accident and Rob Rigby (v,g) who passed away in March 2011 after a short illness
– The 2013 reincarnation of Oxym is the line-up of 1981 which didn’t include Rob Rigby. This line up recorded an album titled “Passing Through Gateways” in December 2013
– Oxym appears on the compilation “New Electric Warriors” (LP, Logo Records, 1980) with ‘Hot Rain’ 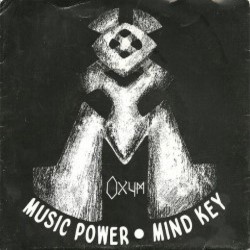 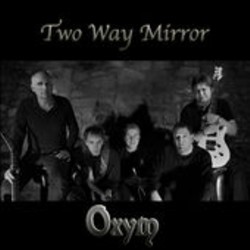 *Official release by the band which is regarded as ‘Single’ 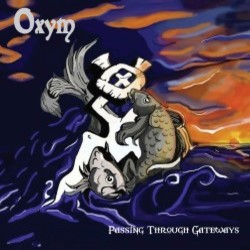