Notes:
– Danny Bowes (v) and Luke Morley (g) have been jamming together since school during the late 1970s.
– Nuthin’ Fancy were active for about four years regularly giging around South London
– Bassist Malcolm McKenzie was the first singer of the band before Danny Bowes joined in. Several years later Malcolm McKenzie will become the manager of Thunder
– Towards the end of 1982 the band got a new rhythm section and changed their name to Terraplane. Terraplane lasted until 1988 and just before the turn of the decate evolved into the successful Hard Rock act Thunder. 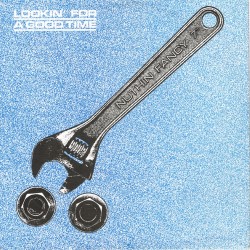 Looking For A Good Time

1. Looking For A Good Time
2. Too Much Rock And Roll