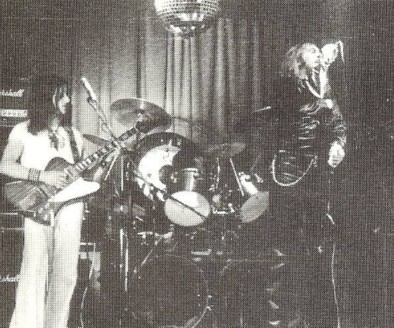 Notes:
– It is known from comments on youtube that there is at least one recording of a full show in Swansea from 1980
– Their anthem ‘Heavy Metal Rules’ has been covered by Lord Weird Slough Feg and it is available on their split with Ironsword “Hail Brittania Volume One – NWOBMH Tribute” (7″, The Miskatonic Foundation, 2004)

Out With A Vengeance

1. Out with a Vengeance
2. Heavy Metal Rules

*Red Eye Records pressing limited to 1000 copies. Apparently there have been two pressings. The first has the catalogue number on top of the back cover and the second at the bottom
*The Phoenix Records release is a bootleg limited to 250 hand-numbered copies on yellow vinyl