Notes:
– Paul Mario Day was the first ever singer of Iron Maiden. He joined them in 1975 for about 8 months
– Guitarist Paul Todd was also a member of Iron Maiden for just a couple of days in 1979
– More did several UK and European tours supporting bands such as Black Sabbath, Krokus, Def Leppard, Ted Nugent, Saxon and Iron Maiden. They also played in several festivals including opening for Donington 1981 (same bill with AC/DC and Whitesnake)
– More split up in 1982. A few incarnations occured since then: First in 1985 for a little time with Ron Jackson (v), Kenny Cox (g), Mel Jones (g), Baz Nicholls (b) and Paul George (d). Second in 1998 with a line up of Mike Freeland (v), Kenny Cox (g), Baz Nicholls (b) while on the drumer’s position there were Rick Dyat and Andy Robinson. This line up lasted until 2000 and a track called ‘My Obsession’ was recorded during this time.
– The latest incarnations, from 2011 onwards, are considered as More tribute bands thus they go under different names: Exmore and More 2012
– Appeared on some compilations. Most notably in:
“Metal Explosion” (LP, BBC Records, 1980) with ‘Soldier’
“Rock The Nation” (LP, WEA, 1981) with ‘We Are The Band’
“Hard” (LP, WEA, 1981) with ‘Warhead’
“Hard 2” (LP, WEA, 1982) with ‘Killer On The Prowl’ 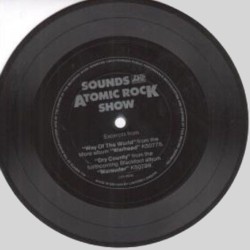 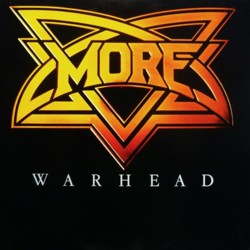 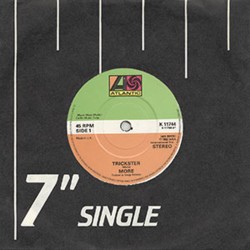