Notes:
– Very obscure and proggy instrumental band who only released a sole 7″.
– After their split three members went on to form Gothique and released two albums and one EP following an even more Progressive Rock approach
– Another 7″ with tracks ‘Prospects’ and ‘Stay Sharp’ from “Made In England featuring Ray Dorset” in 1986 has nothing to do with this band. This was a theme from the UK series ‘Prospects’ 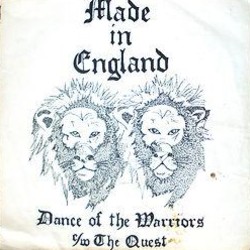 Dance Of The Warriors

1. Dance Of The Warriors
2. The Quest