Notes:
– Formed in 1976/7 and only released the 7″ below. Jodey are best known for having in their line-up guitarist Pat Shayler and bassist John Barr who formed Chinatown a few years later. 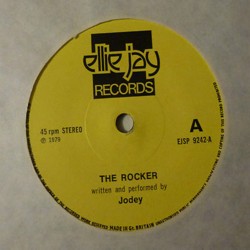