Notes:
– Fomred in 1979 by Steve Macdougal. Martin Andrew joined in 1981 as a bass player and took over lead vocals when Dave Clark left Heretic in 1982.
– Toured across the country several times on their own vans. Loads of interesting details about life on the road (and life in general so to speak) of a young Metal band in Britain in the early 1980s can be found on the book “Nobody Said It Was Easy: A Rock-n-Roll Journey

” by frontman Martin Andrews.
– Martin moved to Canada in the late 1980s and a few years later he started a career as an actor/entertainer with several projects on his CV from live musicals to TV shows, documentaries and films. He also toured the world as “Rod Stewart” on a Rod Stewart tribute band.
– Heretic appeared on the following compilations:
“The Bridge Album” (LP, Bridge Records, 1982) with ‘In Time’
“A Bolt From The Black” (LP, Thunderbolt, 1984) with ‘Watch Me Grow’ 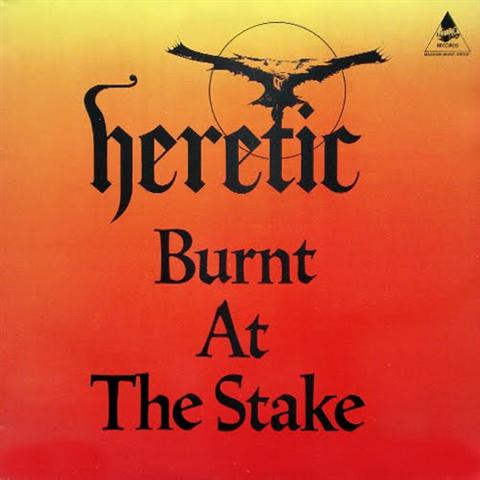 Burnt At The Stake