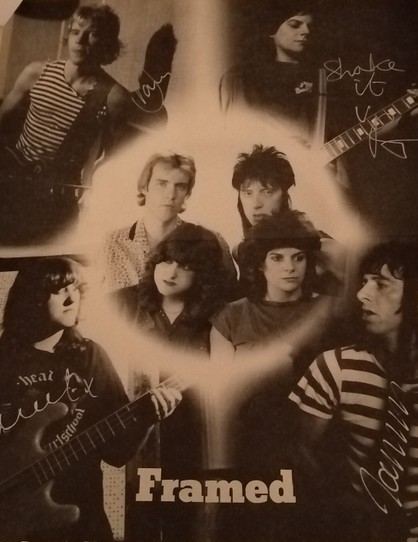 Notes:
– Formed in April 1982 by bassist Enid Williams after leaving Girlschool. It is not clear how many songs they recorded but at least two were released as per singles below
– Guitarist Dave Parsons in his solo album “Unstable” (CD, Tornado Ride Records, 2011) included some reworked Framed material. 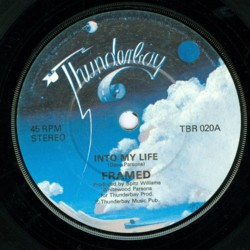 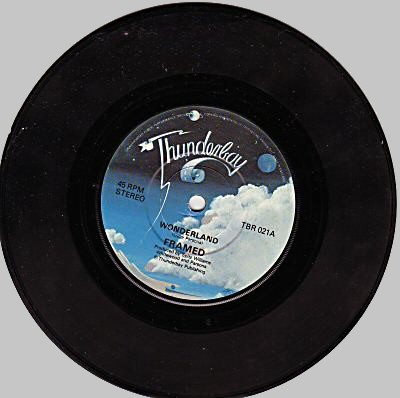 *One side single. Most copies circulated in a gatefold paper sleeve with printed band bios and another four sheets including an autographed photo of the band.
*Copies in green vinyl were also pressed (unknown number) with slightly different labels 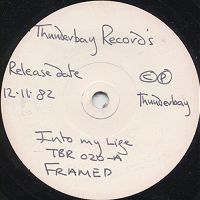 *White label with handwritten credits. It is not yet clear if this was a test pressing, a promo or if it was also available for purchase from the band.