Notes:
– Active during 1978-1981
– After Firebird folded, keyboardist Steve Goodyear picked up the guitar and recorded the song ‘User’ in 1981 along with Firebird guitarist Jim Carter. Steve also did the vocals and harmonies. A bit later Steve with Firebird drummer Steve Ricks played together in a band called East North East. A couple of recordings from this era as well as the aforementioned song can be found on Steve Goodyear’s ReverbNation page 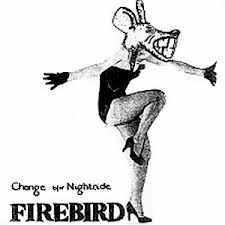 *Produced by Ian Gillan and engineered by Chas Watkins. It was recorded at Kingsway Studios in Holborn, London. This was the same location where the De Lane Lea Studios once was where artists like Jimy Hendrix, Rolling Stones, Queen, Pink Floyd, Deep Purple recorded their albums
*Pressed in 500 copies with xeroxed DIY sleeve and inner. Five acetates were also made, one for each band member