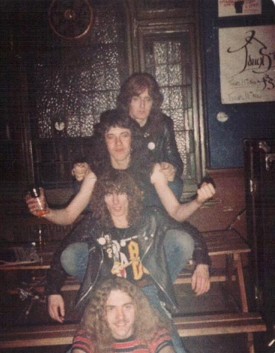 Notes:
– Hailing from East London, Destroya were good friends with many other bands of the same area like Deep Machine. At some of their gigs they did their own version of Deep Machine’s ‘Demon Preacher’ called ‘Wicked Sinna’
– There are reports that some members formed a band called ‘Shanghai’ or ‘Shanghai Tyger’ and had a 6-track rehersal/demo tape out in 1983. However, we couldn’t find enough evidence to support this information. If you know something please get in touch. 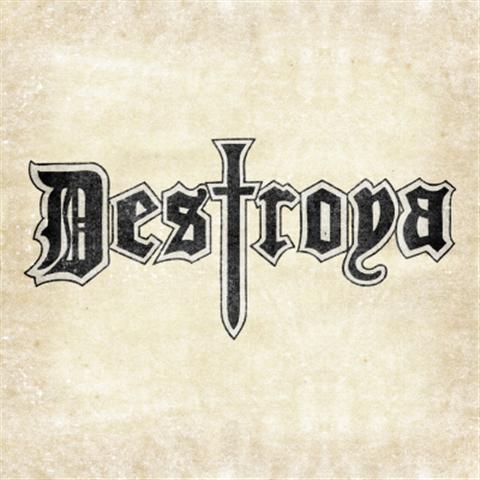 *Basically this is their first demo recorded in 1983. Limited to 500 copies, 350 in black and 150 in white/brown splatter vinyl