Notes:
– They got their name after an old guy who was once falsely accused of murder. He was never convicted but his mates and the locals never let him forget it. According to Dave Tattum, this guy walked through the venue just as the DJ was announcing the band: “let me present on stage tonight BILL THE MURDERER!”
– Bill The Murderer were playing gigs as many as five or six nights a week all over North Wales and the North of England until they split in 1979
– Briefly reformed in 1996/97 to play a few gigs around Chester 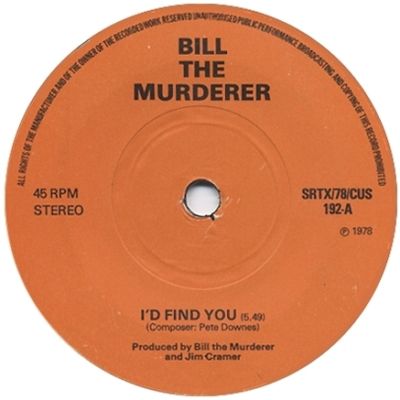